This and last month mark a couple of important anniversaries for me that I thought I would write about.

Twenty-seven years ago, in May 1988, I was commissioned as a 2nd Lieutenant in the US Army Reserve. Over the years I have experienced the ups and downs that are inevitably part of such a long endeavor and have been fortunate enough to advance to the rank of Lieutenant Colonel. My success, such as it has been, would not have been possible without the support of my wife and family, something that goes without saying. Less obvious, however, is that it also would not be possible without the support of my three employers during this period. These employers have allowed me time away as required for annual military training, allowed me the time to attend unscheduled and poorly timed administrative meetings that often occur between drills, displayed patience and understanding while I took countless phone calls and emails at work – especially when I was a commander, and so on. I can’t tell you the number of times that military orders for annual training were late in coming, often just days before I would have to get on a plane overseas and my employers adjusted and adapted, usually without much complaint. There is a reason why the bulk of the generals and colonels in the reserves are either government employees with civil service protections and liberal paid military leave policies or are self-employed business owners. The cumulative demands of part-time citizen soldiers tax the patience (and pocketbooks) of private sector employers, large and small.

Another anniversary occurred last month as I marked three years with HMMH. Relatively soon after joining the firm, amid the settling in and immersion in projects and moving the family to Boston, I was reminded of the adage that you don’t realize what you don’t have when you never had it. As Mary Ellen Eagan noted in her blog posts LTC Kurt Hellauer, I had no sooner placed a contract on a house up here when the Army in its infinite wisdom saw fit to mobilize me and sent me to the Middle East for nearly a year. This was my second mobilization, the first one was for 18 months during 2003-2004 and I well know that it can be a headache for an employer that is orders of magnitude greater than my taking phone calls at work, having to duck out early for an evening meeting between drills, or having annual training dates shift with little notice because requirements had changed. Despite that, and while HMMH did not have recent experience in employing active members of the Guard and Reserves, the leadership and staff here did not miss a beat and took events in stride, matter-of-factly confronting issues as they arose. What made this mobilization a bit shocking – one is never truly shocked at being called to active duty since that is, after all, the point of having a reserve force – is that I only had about 45 days’ notice of the mobilization. The Army’s goal is to provide soldiers and employers about three to six months’ time to get affairs in order. No matter, off I went and served as called. Below is a picture of yours truly during one of his many hours spent in a passenger terminal awaiting airlift in a C-130 over the desert, something which makes for a noisy, dusty, and sweaty experience. 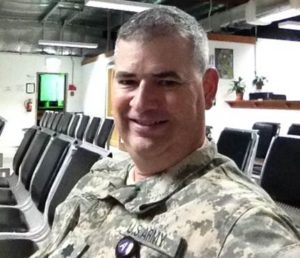 Since I had worked elsewhere when I previously was mobilized and thus had a good frame of reference, I was able to quickly discern the difference between compliance with the requirements of the Uniformed Services Employment and Re-employment Act (USERRA) and actively supporting employees who are members of the Guard and Reserve, going above and beyond what the law requires. A small example of such a difference occurred midway through my time overseas when my birthday rolled around and the staff here at HMMH flooded the war zone with individual birthday cards, making me the envy of my fellow soldiers for receiving such an inordinate amount of mail. It’s one thing to “let your citizen soldier go” when duty calls, something an employer is required to do anyway. It’s another to take the time and effort to consistently maintain communications throughout the deployment and not just at the outset when emotions are still fresh. Doing so provides steady comfort and assurance that while I was gone, I was missed, my family would be looked in on and helped as needed, and that my position with the company would be waiting for me upon my return. It is a tough balance to make an employee feel wanted and missed without also making him/her feel guilty for being involuntarily mobilized and creating a scramble to reassign tasks or projects to others, creating considerable additional work and expense to the employer. Of course the primary point of USERRA and the real rub comes when the mobilization ends and it is time to reintegrate the service member back into the civilian workforce. With the experience I’d had extricating myself from work at HMMH to train up and then deploy overseas, and based on the ongoing dialogue we had maintained over the many long months, I was pretty confident my return would go smoothly and it did.

This month marks my one year anniversary of my redeployment from Jordan where I spent nine months. As my time there was drawing to a close some of my peers began actively seeking tour extensions because their employment situations back home had become tenuous. Apart from receiving a notice of divorce proceedings – something that occurs with alarming frequency during deployments – one of the saddest things a reservist can be told is that his/her replacement is working out great and there isn’t really room or desire to re-hire the reservist. It is all well and good that the law is supposed to prevent such behavior but another lesson learned long ago is that any job you have to sue to get (or keep) probably is not a job you want at the end of the day. Because my experience was so unlike that of my peers, I decided in April 2014 to nominate my supervisor for an award sponsored by the Department of Defense, Office of Employer Support to the Guard and Reserve (ESGR). Mary Ellen Eagan was presented with of the “My Boss is a Patriot” award last September.

While the Patriot Award is for supervisors, ESGR also recognizes employers whose polices and corporate culture go above and beyond the call. Last fall, after having had time to reflect upon the entire experience, I was away at drill weekend in Virginia and took the opportunity to nominate the company for similar recognition, called the Freedom Award. This is ESGR’s highest form of recognition. The Freedom Award is presented annually after a competitive nomination and screening process. Each state chapter of the ESGR screens nominations from reservists and recommends two or three employers each year for consideration as National semi-finalists. This past weekend while again drilling – and now that I’m back it seems like these once monthly training events come around quite quickly – I learned that HMMH was selected as one of three National semi-finalists from Massachusetts, representing the 69 employers from the Commonwealth nominated during the past year. Across the country a total of 150 employers were selected from nearly 3,000 nominations. I am quite pleased to see the HMMH recognized; it is vitally important that the contributions employers (and families) of military service members not go unnoticed. 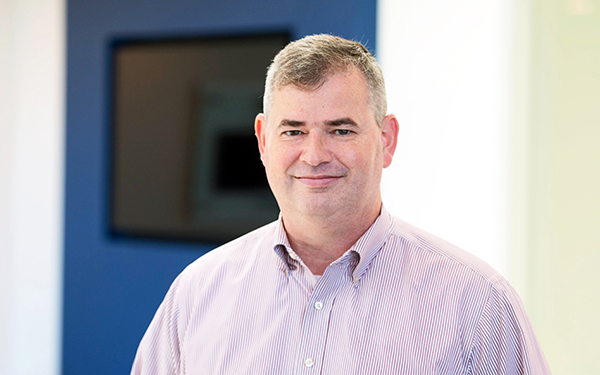 Kurt Hellauer brings an impressive and diverse skill set to the HMMH leadership team. Over the past 30 years, he has…