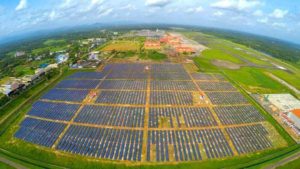 Last week while scanning through the aviation links I received through email, I came across an article in the digital version of Time magazine for a 12 MW solar project at the Cochin International Airport in India.  What caught my attention was that HMMH worked on this project early on during the design stages.  Unbeknownst to me, Cochin will be the first solar airport in the world generating all of its electrical needs from the sun.  We have worked on many solar projects at airports; however, most of the projects are designed to offset a relatively small portion of the overall electrical needs at the airport. Airports are a large user of electricity, so for an airport to size a solar project to meet all of its demand is truly unique!

The project is comprised of over 46,000 solar panels on 45 acres of land.  Before requesting bids from interested parties to develop the site, Cochin International Airport approached HMMH to evaluate solar glare from the panels to ensure that the project was compatible with airspace associated with the airport, specifically the FAA interim guidance in lieu of similar airport solar PV guidance in India.  As part of the evaluation, we looked at multiple sites and preferred designs to ensure potential glare at the air traffic control tower and for pilots on approach to Runway 9/27 was consistent with the FAA interim guidance.

It’s great to see more and more airports are committing to solar for generating on-site power.  Solar when sited correctly at airports presents a great opportunity to generate renewable energy while reducing carbon emissions and meeting sustainability goals.  Cochin International Airport has set the bar for other airports and is a shining example that solar generation has a bright future in meeting the large energy demands required at an airport.  We are proud to say that not only have we worked on the largest airport solar project in the world at Indianapolis International Airport (17.5 MW), but have also worked on the first airport entirely powered by solar panels! 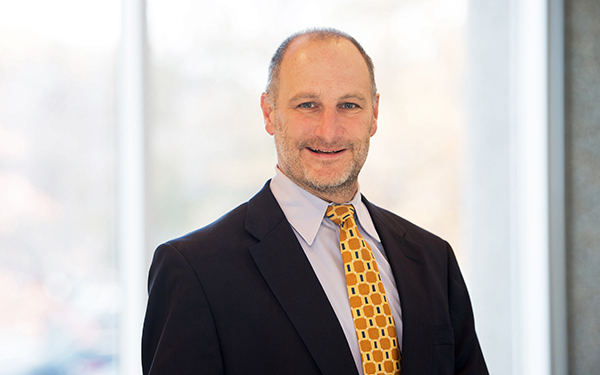 Phil DeVita is the Director of Air Quality at HMMH. His decades of experience and vast technical knowledge encompass aviation, railway…