As I sit here digesting the news that the Trump Administration has decided to withdraw from the Paris Agreement, which in my opinion is a decision that will have negative consequences for the country beyond just environmental impacts, it strikes me that what the U.S. does at a federal level isn’t a deal-breaker on climate.  Despite this unfortunate turn of events, I have reason to be optimistic.

How can this be?  Well, first of all, the feds weren’t really doing all that much to begin with on climate change.  While the Obama Administration accomplished some important initiatives designed to address climate change, such as corporate average fuel economy standards, the clean power plan, energy efficiency standards for federal buildings – I believe the real action is happening in the private sector and at the state and local level.  Motivated states and cities have been doing what the federal government hasn’t been able to do like set greenhouse gas emissions reduction targets, renewable energy generation goals, and putting resiliency plans into place.  Just ask California, Massachusetts, New York City, Seattle, Chicago, and so many more – too numerous to list here.

According to data from the 2010 census, over 80% of Americans live in urban areas – which means that our collective contribution to climate change and exposure to climate risks is overwhelmingly focused on American cities.  This is GOOD news, because it is cities across the country that are taking some of the most aggressive actions on climate change.   In fact, there are almost 600 U.S. members of the organization ICLEI – Local Governments for Sustainability taking action on climate change and becoming more resilient communities.  The United States Conference of Mayors strongly denounced the President’s decision and pledged to continue to work towards the goals in the Paris Agreement.  Climate deniers at the federal level can’t stop all that progress at the local and state level.

Sure the corporate average fuel economy standards and the Clean Power Plan rule were important.  But there are seismic shifts happening in sectors of our economy and economic forces in play regardless of what is happening (or not happening) in Washington, D.C.  Renewable energy development is on the rise as costs continue to decrease, and states continue to enforce renewable portfolio standards.  Solar power generation has risen at an exponential rate in the past 10 years, and as costs continue to decrease, this trend will continue.   Hybrid and electric vehicles continue to become more cost competitive and EV ranges are increasing.   Disruptive technologies hold enormous potential to address our collective GHG emissions too.  Autonomous vehicles could potentially realize a significant decrease in fuel consumption because of efficiency gains (humans aren’t really great drivers after all).

And let’s not forget the recent trend of activist boards forcing companies to fully account for the risks posed by climate change (see Exxon, for example).  This is a particularly exciting development, and I look forward to watching as investors and consumers vote more with their wallets to encourage continued progress.

Many industries are taking it upon themselves to act, whether it’s to better manage risk (regulatory, public relations, financial or otherwise), or because they view it as the “right thing to do”.  My own industry is a good example.  Airports across the world are voluntarily participating in carbon emissions reductions programs.  Some are required by local laws, others because of community expectations, some to compete with peer airports, and others because their leadership understands that managing the airports’ contribution to climate change carries more benefits than costs.  The Airport Carbon Accreditation program (just one of several frameworks in use for managing CO2 emissions) has grown to 189 participating airports and resulted in 206,000 tons of CO2 reductions last year alone.  A drop in the bucket compared to global GHG emissions, but it’s a start and it’s growing.

All of this isn’t to imply that there aren’t actions that the White House and Congress could take to push our economy even further in the right direction on renewable energy and energy efficiency.  Of course there are – and it’s too bad that we’re not.  We could reinstate the investment tax credit which helped the solar industry grow exponentially over the past 10 plus years by helping to bring costs down.  We could implement a cap and trade system – or even better a carbon tax and invest the profits in R&D to develop better renewable energy and energy efficiency technologies we could sell to the rest of the world.  We could ensure parity between renewables, biofuels and fossil fuels by giving equal subsidies and tax breaks to producers of these fuels instead of favoring oil and gas.  We could make sure farmers have access to crop insurance for biofuel crops to lower the barrier to entry.  We could implement renewable energy portfolio requirements. These are obviously just a few examples of many different actions that we could take at the federal level that would make a difference.  But as we’ve seen, progress in the private sector, at the state and local levels and internationally will not stop, regardless of the decisions made in Washington.

That is perhaps one final reason for optimism about the decision of this Administration.  There is a gaping opening for other countries to take more of a leadership role.  China and the EU have jointly stepped up to the plate, and India has indicated it will stay in.   Hopefully our hiatus on the global stage is a short one, but in the meantime others will continue to their efforts.  American cities, states, businesses, organizations and individuals will join the rest of the world in addressing climate change.  Though I am disappointed in the decision to withdraw the U.S. from the Paris Agreement, there are many reasons to remain hopeful that our collective fight against the greatest challenge of our generation will continue. 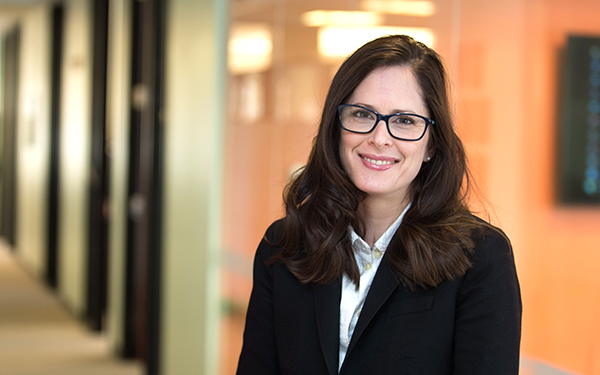