HMMH has provided acoustical testing, design, and other consulting services to airports throughout the country that have implemented sound insulation programs in accordance with FAA Order 5100.38D Airport Improvement Program (AIP) Handbook. HMMH has most recently been conducting sound insulation measurements around several airports including: 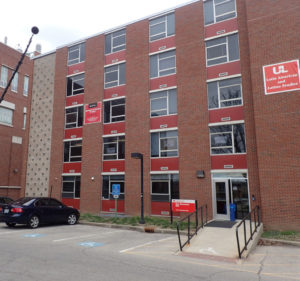 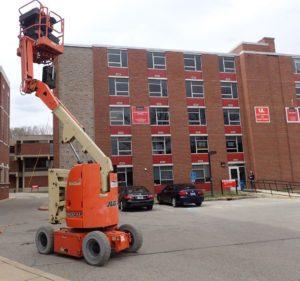 Over the last several months, HMMH has also assisted the Federal Aviation Administration (FAA) and airport sponsors in standardizing the process for determining sound insulation program eligibility per current FAA requirements and criteria, which include that the average interior noise level for a residential building or educational facility must be 45 dB or greater.This work has included a recently completed Policy, Engineering, Analysis and Research Support (PEARS) study for the FAA Office of Environment and Energy regarding selection of appropriate aircraft noise spectra for use in determining outdoor-to-indoor building noise level reduction (NLR).

In addition, we have assisted several airport authorities (including Los Angeles World Airports and the Port of Seattle) in developing sound insulation program acoustical testing plans (ATP) for FAA review. This work has included providing additional information and supporting details related to the various methods that may be used to measure the exterior building façade sound level in the determination of NLR, each of which require a different adjustment to the measured level to account for the reflection of sound energy from the façade under test that is not transmitted through the exterior wall and instead travels back to the measurement microphone.

And as part of our on-going sound insulation testing work at Louisville International Airport, we have recently been evaluating noise mitigation program eligibility for several educational buildings and residential dormitories at the nearby University of Louisville Belknap Campus. This has required us to evaluate methods to compute daytime average sound levels (as required for educational facilities by FAA) that are consistent with the noise study, aircraft operations data, and analysis methods previously utilized to generate the Day-Night Average Sound Level (DNL) noise contours for the Noise Exposure Map (NEM).

Finally, I will be presenting a paper at the New England Noise-Con Revolution in Noise Control conference to be held in Providence, Rhode Island during June 13 – 15, 2016. This paper investigates the correlation between aircraft interior noise levels and various residential building construction features. The results of this analysis are then considered in the context of the current guidance provided in Appendix R of the FAA AIP handbook, which specifics a procedure to determine the eligibility of residences for sound insulation programs based on interior noise levels for categories of homes. Ultimately, we were unable to identify any specific building construction details which might result in truly effective categorizations of residential structures for this purpose since even the best possible approaches resulted in ranges of interior DNL noise levels that directly overlap and all of which span the 45 dB FAA criteria. An example presentation graphic is provided below comparing average interior DNL values for single family homes with total window assembly glazing thickness. 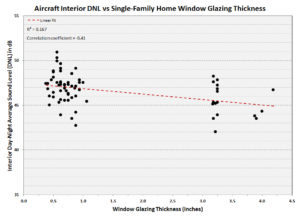 If you are interested and would like to learn more, please attend my Noise-Con presentation entitled “Investigation of Correlation between Aircraft Interior Noise Levels and Residential Building Construction Details” on Tuesday June 14, 2016 from 1:20 PM – 1:40 PM in Room 550 A/B of the Omni Providence Hotel during the “Building Acoustics Measurement and Modeling” conference session. Hope to see you there! 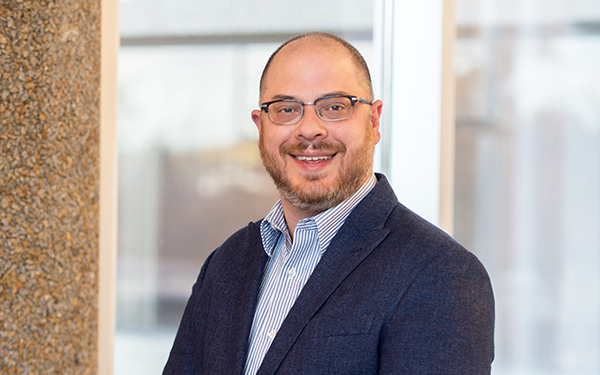 Eric has worked on numerous noise and vibration project experience across a wide array of market areas. He provides both leadership…