Automobiles have changed significantly since the early 1970s when the Clean Air Act and Noise Control Act were passed into law. Although the best-selling car from 1970, the Dodge Challenger, is still in production, some things have changed along the way. The safety systems are certainly much better but so is the gas mileage. Long gone are the days of 8-10 mpg. The 2021 Challenger is advertised as achieving 30 mpg/highway.

Many other improvements have been made to the nation’s automobiles over the years.  The most notable is the advent of electric cars and the recent acceleration of electric and hybrid-electric car adoption. In January, General Motors announced that it “aspires” to eliminate tailpipe emissions and sell only zero-emission light-duty vehicles by 2035. Coupled with the planned significant investment in electric vehicles (EV) as part of the recently released American Job’s Act, electric cars will rapidly become a large share of the vehicles on the road. A frequent question we hear is what does the change in the engine type mean for community noise. Will more electric cars on the roads result in quieter communities?

There is no doubt that propulsion noise from electric cars is quieter than their internal combustion engine counterparts. At low speeds (under 15 miles per hour) sound levels from electric cars are much lower since propulsion noise generated by the vehicle dominates over any aerodynamic and tire-pavement noise. Think about when you are walking in a parking lot and an electric vehicle surprises you because you cannot hear it approaching. The noise of combustion engines is often what alerts you to an approaching vehicle but since the EV engines are much quieter, we do not always notice their presence.

The low levels of propulsion noise emitted from EVs has actually become a safety concern. In 2018, the National Highway Traffic Safety Administration issued a final ruling requiring EVs to emit warning sounds (43-64 dB) when travelling at speeds less than 18.6 mph. Full implementation of that rule was required by March 2021 and each manufacturer has been using their own warning sound.

Just because electric cars are quiet at low speeds does not mean that greater numbers of EVs will result in quieter communities. Noise generated from vehicles is most troublesome and annoying in neighborhoods that abut high-speed high-volume roadways. As automobile speeds increase, the sounds of the propulsion are drowned out by the noise from the tire-pavement interaction and, to a lesser extent, the aerodynamic noise. It is typically the tire-pavement interaction sounds that results in noise concerns for communities. Studies by the Federal Highway Administration have shown that the sounds of tires rolling on pavement at speeds 20 miles per hour and up are the dominant source of noise for passenger vehicles. Therefore in the future, even with more electric cars on area roadways, sound levels are not expected to appreciably change.

However, there is still hope for a quieter future. When heavy trucks operate, the noise generated is typically dominated by propulsion noise at speeds up to 50 mph. Changes in community noise from vehicles will likely be greater once propulsion systems in heavy trucks transition to electric power. The change to the nation’s truck fleet is occurring at a different pace then automobiles but it is starting to pick up. Exciting changes are underway. In February 2021, the Commonwealth of Massachusetts announced an expansion of their EV rebate program called Massachusetts Offers Rebates for Electric Vehicles (MOR-EV). The expansion now includes light-, medium- and heavy-duty electric trucks with $10 million dedicated to fund electric trucks. Other states, like Connecticut, are following and instituting their own incentive programs. In addition, some truck fleet owners, such as Amazon, are committing to transitioning to using electric vans and trucks. Although not as flashy as the recent changes and adoptions of electric cars, it is the electric trucks that could make a real difference in achieving a quieter community. 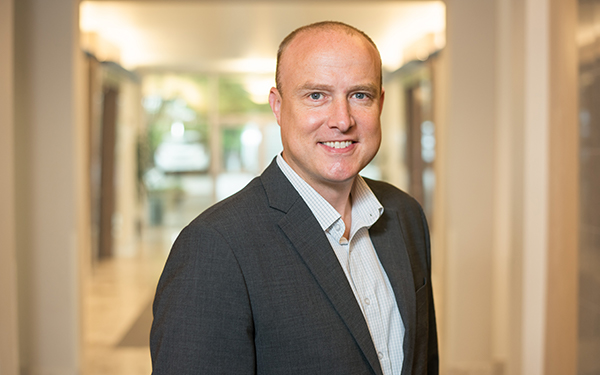 Based in Oregon, Scott Noel is Director of HMMH’s Surface Transportation Group. He is responsible for managing highway noise mitigation studies…