In 2005, Los Angeles World Airports (LAWA) contracted with HMMH to conduct two Federal Aviation Regulation Part 161 studies for the purpose of adopting noise and access restrictions at Los Angeles International (LAX) and Van Nuys Airports (VNY). The proposed restriction at LAX was intended to eliminate easterly departures over the city between the hours of midnight and 6:30 a.m. when the airport is operating in Over-Ocean Operations or Westerly Flow. Sleep disturbance and environmental justice issues were factors used to justify the restriction. 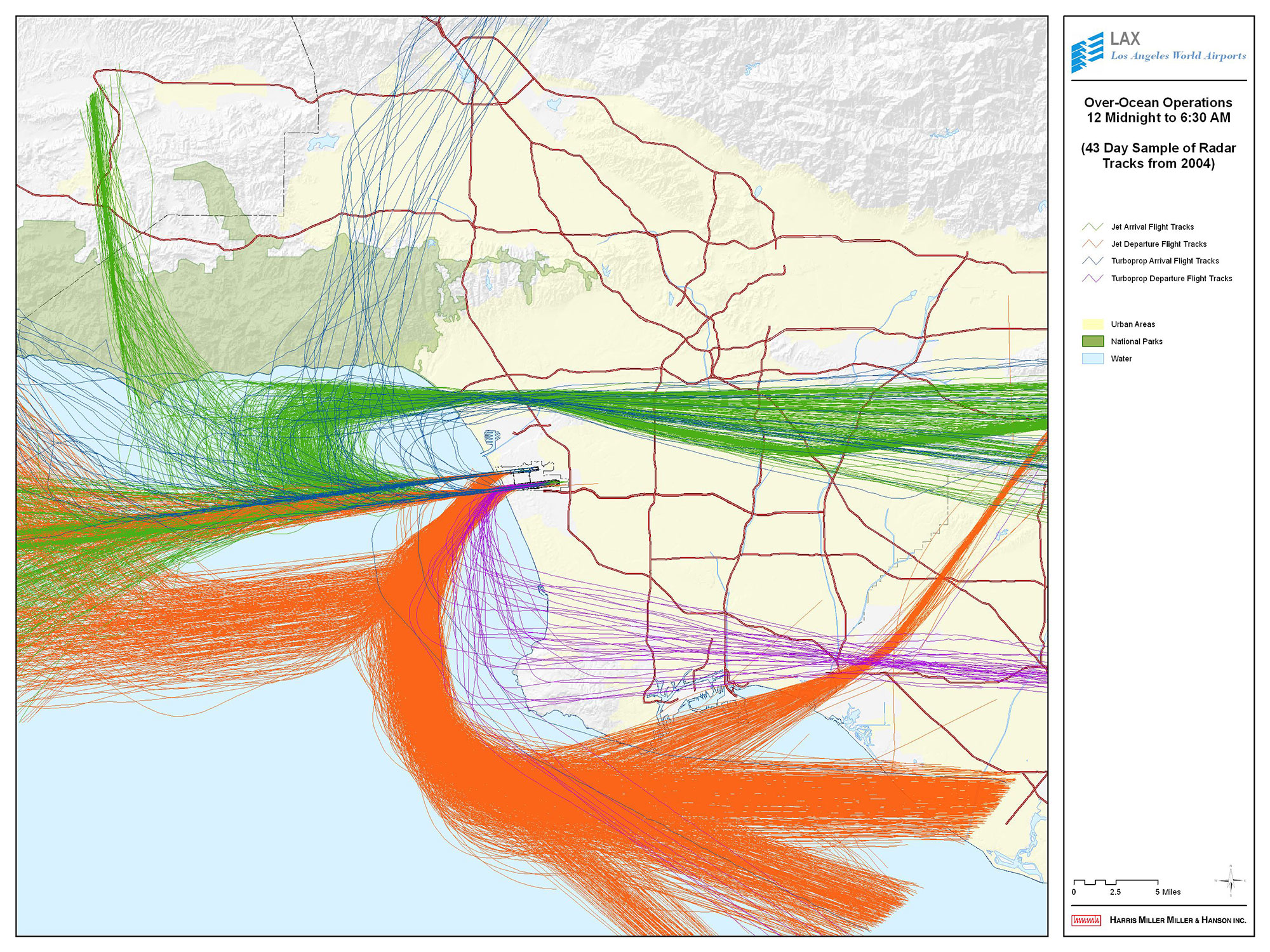