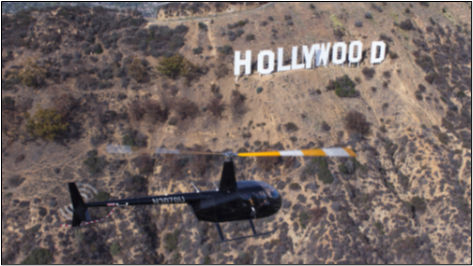 HMMH developed and validated a research protocol for helicopter noise exposure-annoyance response relationships using measurement data collected concurrently with annoyance data. The primary goal of this study was to determine correlations, if any, between the level of annoyance and the various sound metrics. HMMH conducted noise measurements of in-situ helicopter flights over a 10-day period in the general vicinity of the “Hollywood” sign in Los Angeles, CA.

Simultaneously, via an HMMH-developed cell phone app, HMMH conducted a survey of five people asking them to rate their annoyance to actual helicopter overflights (or “flybys”) as experienced in their own homes. All subjects lived within 400 meters of each other and rated annoyance on a 5-point scale. While the volunteers registered their reactions, noise monitors on-site recorded each helicopter event. Logistic regression was used to determine the relationship between “highly annoyed” and Sound Exposure Level (SEL) and other noise metrics. HMMH concluded that sound quality metrics, such as Loudness and Loudness Level, hold some promise for gauging rotary-wing noise annoyance.