Federal Express (FedEx) proposed to construct solar photovoltaic (PV) systems on three buildings it owns and operates at Newark Liberty International Airport. The combined capacity of the Projects is about 2.2 megawatts (MW).

FedEx’s contractor engaged HMMH to prepare a reflectivity study of the project to assess the potential for glare on sensitive airport receptors, including the FAA Air Traffic Control Tower and arriving aircraft. HMMH utilized its in-house proprietary modeling tool SoGlare™ to predict reflections based on project design and the path of the sun throughout the year. The model conducts millions of calculations of straight line reflection from the sun’s position off the panels. It visually displays the appearance of the reflection and generates data to further analyze when the glare is occurring and from which parts of the solar project.

The reflectivity study was used by the project team to enhance project design. It was submitted to the FAA as part of Form 7460 Airspace Review of the Project and the FAA issued a Determination of No Hazard. 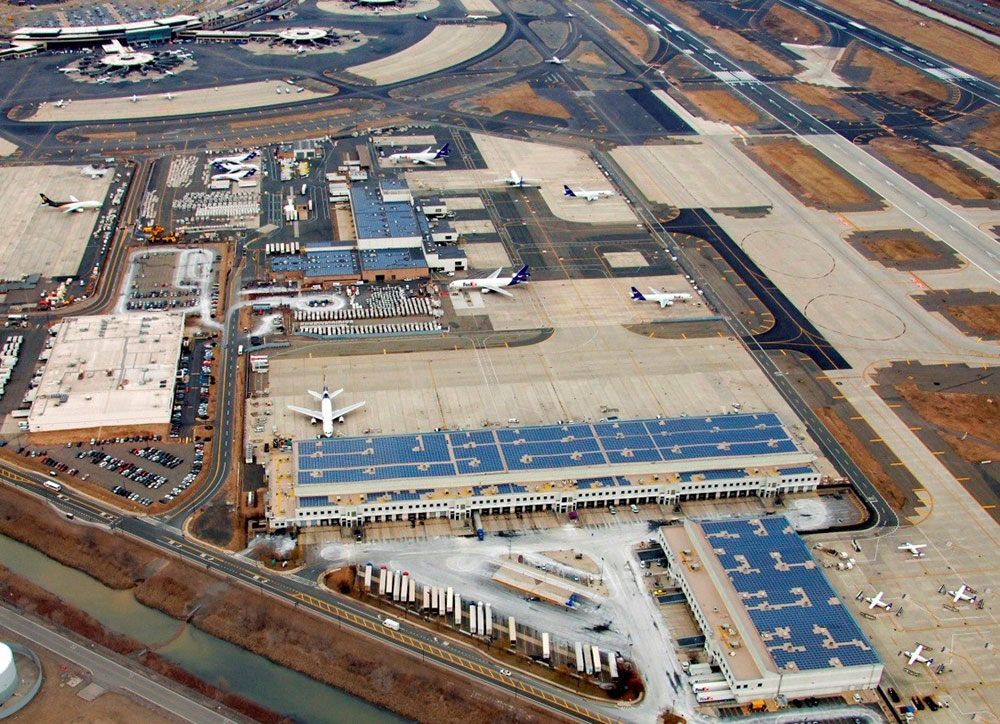